In the last five years, we have seen a positive rise in the number of employers shining a light on wellbeing in the workplace, including mental wellbeing.

More organisations are sitting up and taking notice, recognising the direct link between employee health, happiness and levels of productivity.

One way that companies, such as Virgin, have shown commitment to this is through the recruitment of Wellbeing Champions.

So, what is the role of a Wellbeing Champion?

Wellbeing Champions are members of staff who have the aptitude and training to serve as an inspirational voice to promote the wellness of every person within an organisation.

Their work is often alongside HR colleagues, with Wellbeing Champions contributing to the development and implementation of a health and wellbeing strategy, instilling wellbeing into company culture and engaging with employees to promote healthy lifestyles and positive mental health both inside and outside of the work place.

Why is this a vital role?

Every year in the UK alone, a staggering 70 million working days are lost due to mental health problems, costing employers over £2 billion.

Research by Time to Change revealed that one in ten people have resigned from a job due to stress and that a further one in four had thought about it.

A national survey carried out by the charity Mind also found that 90% of working people who suffered from a mental health problem told their employer they were suffering from a physical illness instead and research suggests that only 50% of GP ‘sick’ notes for those with mental health reasons for absence actually reflect this.

By developing Wellbeing Champions, businesses can demonstrate that staff are a top priority. It provides a safe place for staff to say “I’m struggling” or “I need support” and encourages people to speak openly about their mental health without fear of judgement.

Organisations can also benefit in other ways, such as improving employee engagement as well as the recruitment and retention of staff.

As more and more companies invest in the health of their team, it highlights that workplace wellbeing is no longer a nice benefit- it’s a vital part of working life. All measures which help with reducing stigma and take us closer to ending mental health discrimination are valuable.

Interested in finding out more? The Healthy Worker is hosting a series of workshops including one dedicated to developing Wellbeing Champions in the workplace. Contact us today for more details. 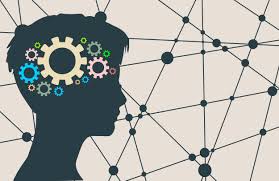